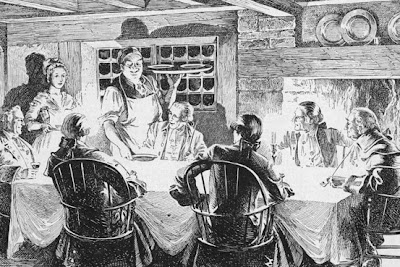 The historian and author Thomas Fleming offers a glimpse of America life in 1776 in a piece for the Wall Street Journal.

Almost every American knows the traditional story of July Fourth—the soaring idealism of the Declaration of Independence, the Continental Congress's grim pledge to defy the world's most powerful nation with their lives, their fortunes and their sacred honor. But what else about revolutionary America might help us feel closer to those founders in their tricornered hats, fancy waistcoats and tight knee-breeches?

Those Americans, it turns out, had the highest per capita income in the civilized world of their time. They also paid the lowest taxes—and they were determined to keep it that way.