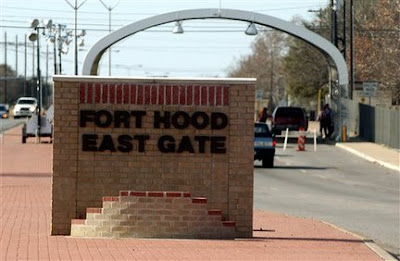 The FBI requested a full investigation of the manner in which the FBI and its Joint Terrorism Task Forces handled and acted on counterterrorism intelligence before and after the Fort Hood shootings, as well as a review and assessment of the FBI’s governing authorities and the FBI’s remedial measures after the Fort Hood shootings. The investigation did not probe the shootings, which are the subject of a U.S. Army-led inquiry and military criminal proceeding against Major Nidal Hasan.

You can read the rest of the FBI release, as well as link to the unclassified report, via the below link:

http://www.fbi.gov/news/pressrel/press-releases/judge-webster-delivers-webster-commission-report-on-fort-hood?utm_campaign=email-Daily&utm_medium=email&utm_source=national-press-releases&utm_content=123864
Posted by Paul Davis at 6:09 AM