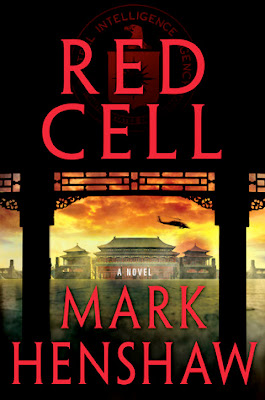 Henshaw, a veteran CIA analyst, has written a fast-paced and gripping debut novel. He has been called the new Tom Clancy.

The action in this thriller takes place in the offices and corridors of CIA headquarters, the streets and alleys of Beijing, and on the deck and passageways of an aircraft carrier in the Pacific Ocean. (As a former sailor who served on an aircraft carrier during the Vietnam War, I especially enjoyed the carrier action).

The thriller describes real CIA offices and units, including Red Cell, where Henshaw himself served three years, and the spy tradecraft is real - up to a classified point. Likewise, the American and Chinese military units and tactics are accurate.