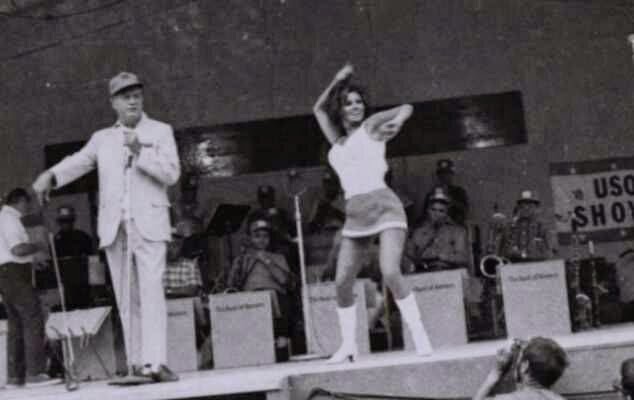 Joel L.A. Peterson offers a piece at the Philadelphia Inquirer on his Christmas memories of his mother - and Bob Hope.

It has been 15 Christmases since my mother passed, but I remember all the lessons she taught me - especially one on the meaning of Christmas.

It was Christmas Eve, 1987. I was a young naval officer, and I had been at sea nearly 100 days straight, escorting U.S.-flagged tankers through the Persian Gulf. On this particular Christmas, my ship, the aircraft carrier USS Midway, was just outside the Strait of Hormuz, off the coast of Iran.

On that Dec. 24, Bob Hope flew aboard, with singers and actors and beauty contest winners.

Waiting for the show, I thought of previous Christmases. It was my mother's favorite holiday, and she always pulled out all the stops. Her Hummel figurines were paraded and displayed, depicting nativity scenes and Christmas characters, like Santa and Rudolph. I could remember so many of my mother's perfectly orchestrated Christmases, when it was white and cold on the outside but warm and glowing in our home. As I waited for Hope's show to start, I felt so distant from the wonder of the season seen through the eyes that I had back then.

Hope turned out to be much better than I had expected. He was a very funny man who made everyone laugh at his own worst weaknesses and gaffes. But when the laughs were done, the reality of Christmas far away from any in my past hit me - and crushed my soul. 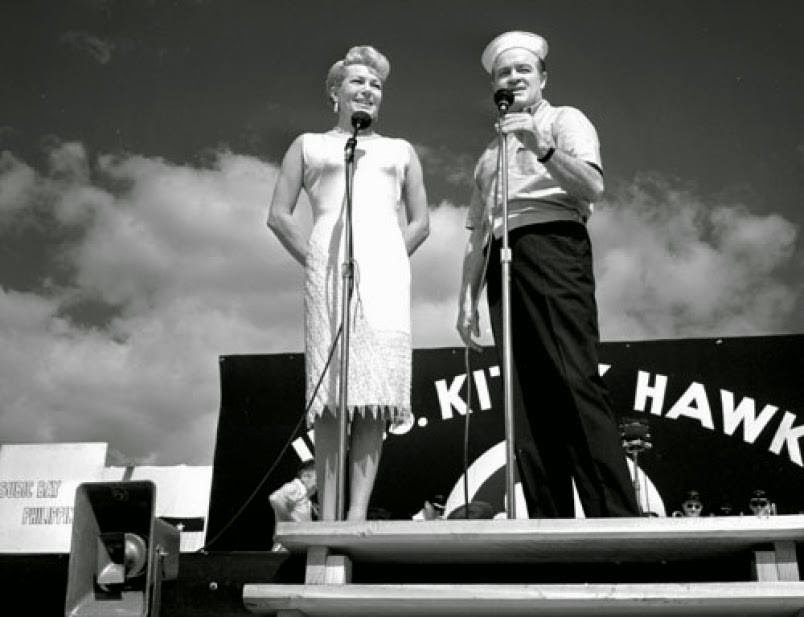 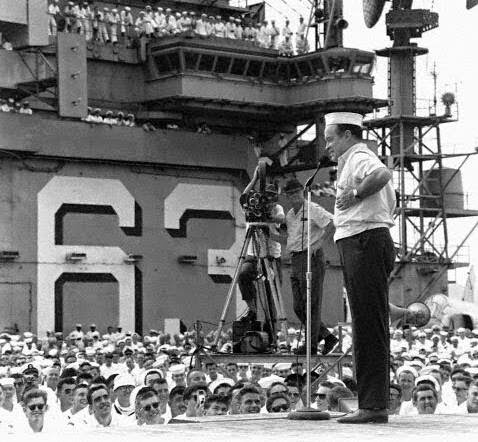 Note: The above three photos show Bob Hope on the USS Kitty Hawk when the aircraft carrier was in Subic Bay in 1962. Thanks to Richard Gross for the use of his photos.

I served on the USS Kitty Hawk in 1970 and 1971 and we spent Christmas Eve and Christmas 1970 off the coast of Vietnam. We were scheduled to get the great Bob Hope show, but the Navy had to decline, as we were conducting air combat operations against the Viet Cong and the North Vietnamese.

I regret not seeing Bob Hope. He was a great comedian, a great actor, and a great American.
Posted by Paul Davis at 3:15 PM