The Land Of Magical Thinking: Inside Putin's Russia 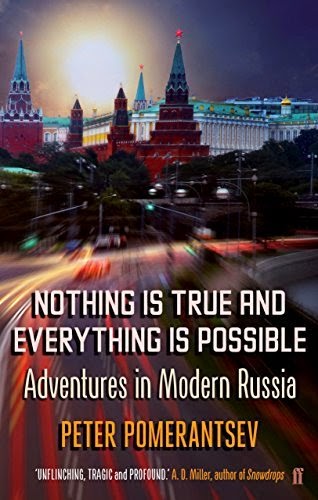 P.J. O'Rourke offers his review of Peter Pomerantsev's Nothing is True and Everything is Possible for the World Affairs Journal.

Peter Pomerantsev has written the most bitter indictment of a nation’s politics and society going wrong since William Shirer’s 1941 Berlin Diary. Pomerantsev has also written a calm and incisive report on the current state of affairs in Russia. Yet it reads like a comedy of manners, a dark and grotesque comedy of manners, a State Department white paper co-authored by Evelyn Waugh and Franz Kafka. And not only that, but Nothing Is True is a bildungsroman, too.

... Soviet stagnation led to perestroika, which led to the collapse of the Soviet Union, liberal euphoria, economic disaster, oligarchy, and the mafia state. How can you believe in anything when everything around you is changing so fast?

Pomerantsev, however, is all too believable in the bad news he brings us from Russia. His reporter’s straightforward and unlimited curiosity, his willingness to plow and harrow the widest fields for facts, and his exacting descriptive details give him credibility. Plus, what he tells us is so incredible. As reporters say, “You just can’t make these things up.”

In Russia, “corrupt” is not an adjective. Corrupt is a noun, a proper noun, the word for the name and nature of the place.

Corrupt crony capitalism is familiar everywhere. But in Russia the corruption is so pervasive that even the cronies have to pay bribes, not just to the higher-ups but to the lower-downs.