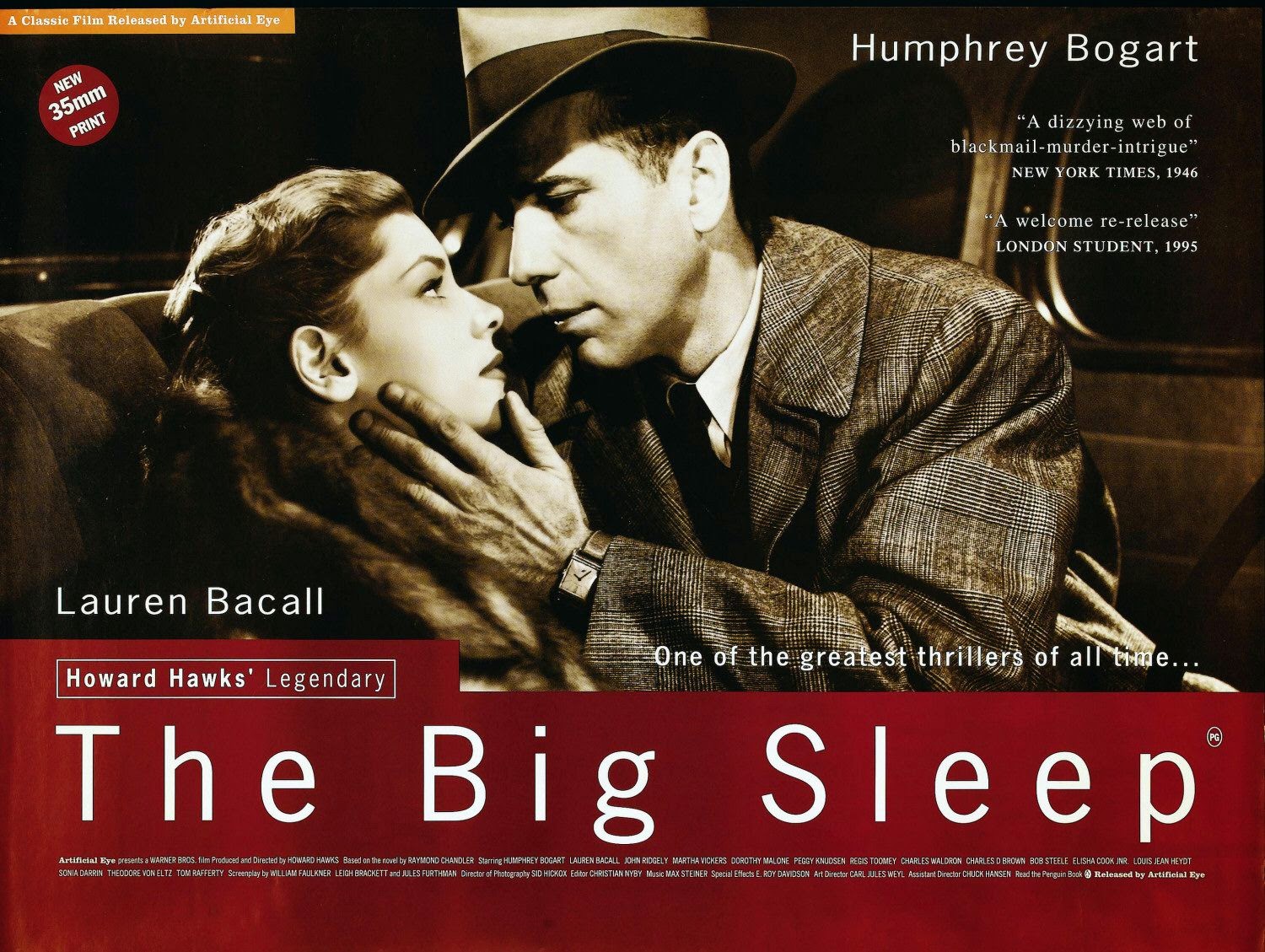 Bruce Chadwick at historynewsnetwork.org offers a look back at the movies based on Dashiell Hammett and Raymond Chandler's private detectives.

There is trouble in the world today? Serial killers? Arsonists? The thugs of ISIS? Don’t bother with the CIA, FBI, Interpol or the NYPD. Get Sam Spade!

Spade was one of the famous tough guy detectives in literature and film, created by Dashiell Hammett back in the Great Depression era. He was tougher than tough; he ate nails for breakfast. He and the other great film noir sleuths comprised a genre of books and movies that have thrilled Americans since the 1930s.

Now the heroic private investigators are back in Chandler, Hammett, Woolrich & Cain, a film series at the Film Forum in New York, December 12 – 24. They arrived there directly from any television network you can think of, where they have solved crimes and beat up criminals for decades.

The Film Forum festival will open Friday with Humphrey Bogart and Lauren Bacall in The Big Sleep. The festival will show two versions, the pre-release cut and the regular feature.

Other films, shown singly or on double bills, will be Double Indemnity, The Postman Always Rings Twice, Obssessione, Phantom Lady, Black Angel, The Window, Deadline at Dawn, City Streets, Streets of Chance, The Maltese Falcon, The Glass Key, Rear Window, Strangers on a Train, Mildred Pierce, Murder My Sweet, The Long Goodbye, The Bride Wore Black, The Thin Man and After the Thin Man.