From Poisoned Cigars To Exploding Seashells: How Half A Century Of Crackpot CIA Plans To Overthrow Fidel Castro Were Born When JFK Invited James Bond Author Ian Fleming To Dinner 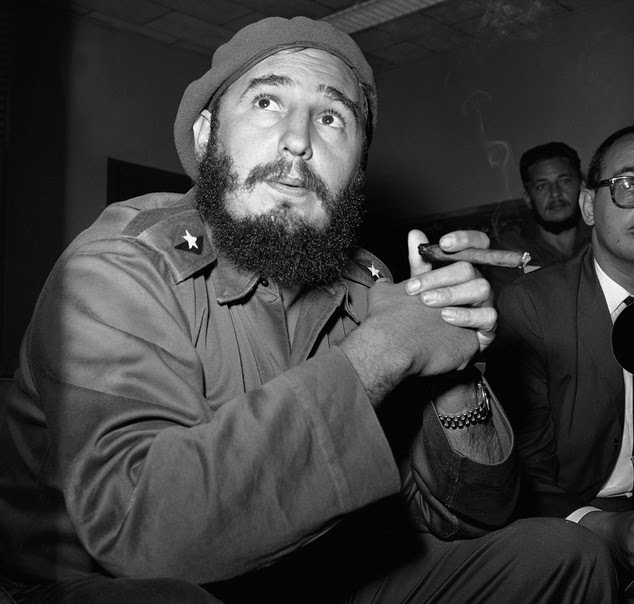 In a LIFE magazine piece in the early 1960s, President John F. Kennedy listed his favorite 10 books. One of the ten listed was Ian Fleming's James Bond thriller From Russia With Love.  ﻿
Darren Boyle at the Daily Mail writes about the 1960 meeting between presidential hopeful and then-Senator Kennedy and Ian Fleming.
According to the piece, the dinner conversation about Fidel Castro led the Kennedy administration to order the CIA to kill Castro and overthrow his communist government.
At the dinner Kennedy asked Fleming, a former British naval intelligence officer who came up with daring and offbeat intelligence plots in WWII, how to deal with Castro. Fleming told Kennedy that Castro had to be humiliated as well as killed.
Although the Daily Mail piece does not mention this, the Fleming suggestions were made partly in jest.
According to Christopher Moran in the Journal of Cold War Studies: 'Fleming suggested flooding the streets of Havana with pamphlets explaining that radioactive fallout from nuclear testing caused impotence and was known to be drawn to men who had beards.
'As a result, Cuban men would shave off their facial hair, thus severing a symbolic link to Castro and the revolution. If this did not work, the CIA should build a religious manifestation, ideally a cross of sorts, and fly it over the Havana skyline in order to induce the Cubans to look skyward.'
Between 1960 and 1965 the CIA considered at least eight plots to assassinate Castro.
On July 25, 1962, a Top Secret document was prepared for the White House outlining Operation Mongoose, which considered the overthrow of Castro.
You can read the rest of the piece via the below link:
http://www.dailymail.co.uk/news/article-2878730/The-ill-fated-schemes-upend-Castro.html
Note: In my view, if Castro had been killed the Cuban people would have been spared decades of living under his murderous communist dictatorship, and the world would have been a far better place. I believe the Devil has a nice hot spot in Hell waiting for Castro when he finally dies.
Posted by Paul Davis at 4:15 AM