A Look Back At Rod Serling's 'The Jeopardy Room,' A 'Twilight Zone' Spy Story 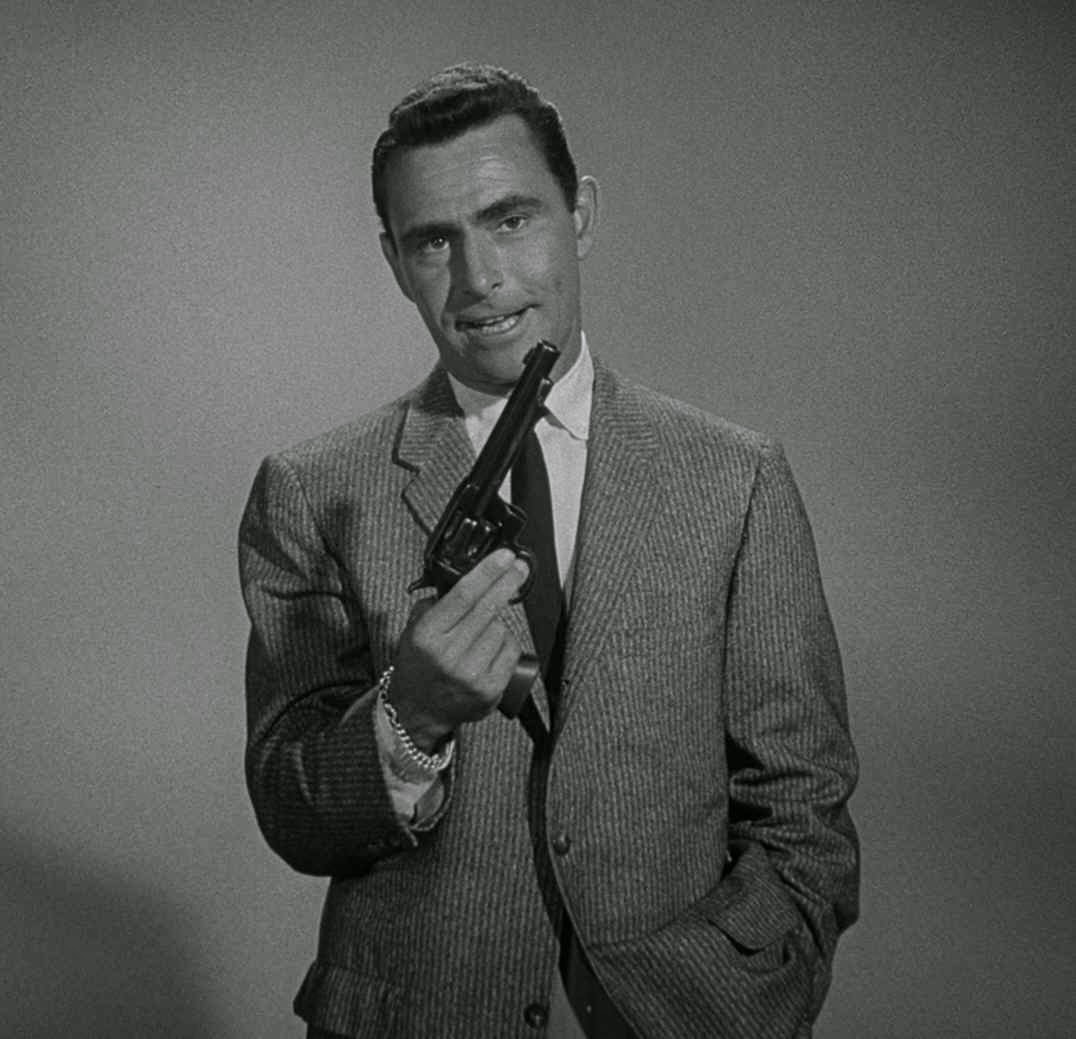 Although I disagree with the late Rod Serling's general worldview, I was and remain a huge fan of his 1960s TV program, The Twilight Zone.

Serling (seen in the above photo) was the creator, writer, narrator and host of the clever and well-written suspense and supernatural TV show. The old show remains popular today and is often aired on cable TV. The DVDs of the show are also popular.

The Spy Command, a web site that covers James Bond and other spy fiction, offers a piece on one Rod Serling-written Twilight Zone episode, called The Jeopardy Room.

The Twilight Zone, more than a half century after it ended its original run on CBS, remains fondly remembered — an example of how television can be imaginative and thought provoking.

It also, in its final season, deviated from its usual fare of science fiction and fantasy to present a spy story.

The Jeopardy Room, which originally aired April 17, 1964, is essentially a two-man play for television.

On the one side, we have Major Ivan Kuchenko (Martin Landau), a Soviet military officer who served 12 years of hard time in Siberia. He wants to defect to the West. Despite his long imprisonment, he still has information that would be of value to the West.

On the other side, there is Commissar Vassiloff (John Van Dreelan). He has tortured Kuchenko in the past. Moreover, Vassiloff fancies himself as the last of the “imaginative” executioners. Vassiloff has been assigned to kill Kuchenko to make sure he doesn’t reach the West. But Vassiloff wants to do it with style.

You can also watch the full episode of The Jeopardy Room via the below link:

https://www.youtube.com/watch?v=RRErEHpwB5g
Posted by Paul Davis at 6:13 AM