The Philly Rogue Cops Case: A Gun And A Bottle of Tequila 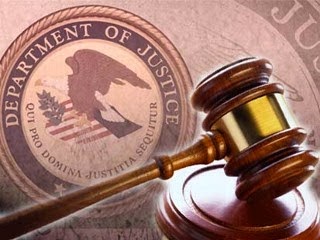 Police Officer Jeffrey Walker had parked his car in his garage and left the engine running. He'd brought along a gun and a bottle of tequila.

Despondent over his failed marriage, Walker hadn't figured out yet whether he wanted to end it with carbon monoxide or a gunshot. In the meantime, he had his tequila.

Asked if he was going to commit suicide that day back in 2002, the 46-year-old Walker replied, "I was going down that road."

Then, Walker said, his girlfriend showed up and talked him into going to the emergency room at Lankenau Hopsital. On medical records displayed in the courtroom, Walker's "chief complaint" was listed as "suicidal, depressed." His diagnosis: depression.

Walker was taken by ambulance to the psychiatric ward at Bryn Mawr Hospital, the medical records showed. It would have been just another chapter in the life of the government's star witness at the rogue cops trial, a star witness one defense lawyer has aptly described as a train wreck. Except that Walker had made a big deal out of telling the jury that when he became a government witness he had finally stopped lying.

The hitch was, the day he signed his cooperation agreement with the government, the judge had asked Walker if he'd ever been hospitalized or treated for mental illness. Walker's answer was no. To defense lawyer Jeffrey Miller, this was proof that Walker was still lying.
"I walked away the treatment they suggested" at Bryn Mawr, Walker explained on the witness stand. "I wasn't treated."

So that's why Walker said no when the judge asked if he'd ever been hospitalized or treated for mental illness.

Five defense lawyers spent most of the day quizzing Walker. The subjects of discussion included all the incriminating details Walker gave the government in 45 sessions with the FBI about his escapades over the years with six fellow narcotics officers. All six are charged in a RICO conspiracy to beat and rob drug dealers and cover their tracks with falsified police records.