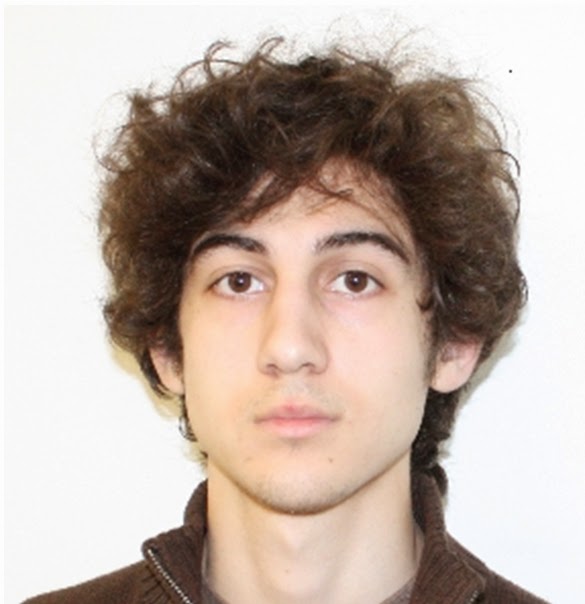 Foxnews.com reports that Dzhokhar Tsarnaev was convicted of all counts in the Boston Marathon bombing trial.

Dzhokhar Tsarnaev was convicted Wednesday in the Boston Marathon bombing by a federal jury that now must decide whether he should be executed.

The verdict was reached Wednesday afternoon, nearly two years to the day three people were killed and more than 260 injured in the April 15, 2013, bombings.

Tsarnaev, 21, kept his hands folded in front of him and looked down at the defense table as listened to the verdict, reached after a day and a half of deliberations. He was found guilty on all 30 counts that included conspiracy and use of a weapon of mass destruction -- offenses punishable by death.
You can read the rest of the piece via the below link:
http://www.foxnews.com/us/2015/04/08/closing-arguments-due-in-first-phase-boston-marathon-bombing-trial/
Note: The above photo of Dzhokhar Tsarnaev was released by the FBI.
Posted by Paul Davis at 2:59 PM