The Iraq War and Stubborn Myths 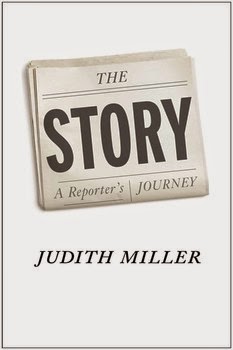 Judith Miller, a former New York Times reporter and editor and the author of The Story: A Reporter's Journey, offers a piece in the Wall Street Journal that dispels many of the myths about the Iraq War.

I took America to war in Iraq. It was all me.

OK, I had some help from a duplicitous vice president, Dick Cheney. Then there was George W. Bush, a gullible president who could barely locate Iraq on a map and who wanted to avenge his father and enrich his friends in the oil business. And don’t forget the neoconservatives in the White House and the Pentagon who fed cherry-picked intelligence about Iraq’s weapons of mass destruction, or WMD, to reporters like me.

None of these assertions happens to be true, though all were published and continue to have believers. This is not how wars come about, and it is surely not how the war in Iraq occurred. Nor is it what I did as a reporter for the New York Times. These false narratives deserve, at last, to be retired.

There was no shortage of mistakes about Iraq, and I made my share of them. The newsworthy claims of some of my prewar WMD stories were wrong. But so is the enduring, pernicious accusation that the Bush administration fabricated WMD intelligence to take the country to war. Before the 2003 invasion, President Bush and other senior officials cited the intelligence community’s incorrect conclusions about Saddam’s WMD capabilities and, on occasion, went beyond them. But relying on the mistakes of others and errors of judgment are not the same as lying.