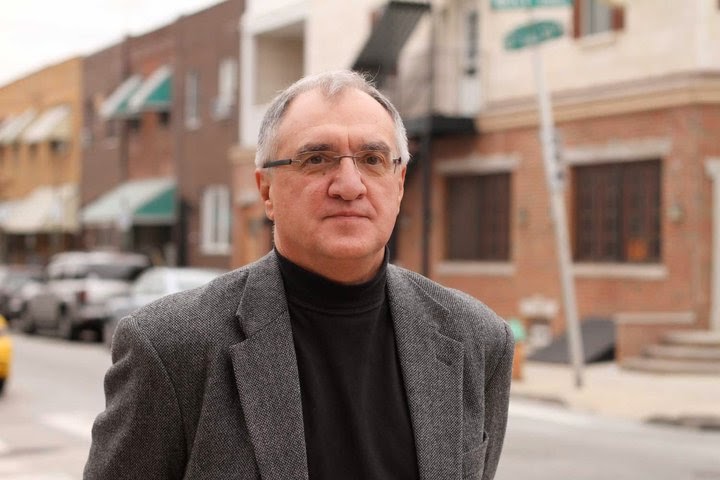 Veteran crime reporter and author George Anastasia (seen in the above photo) is covering the Philadelphia narcotics cops corruption trial for bigtrial.net.

One defense witness said he considers the ongoing police corruption trial a "kangaroo court" and that he can't wait until the six defendants are "set free."

Another called Thomas Liciardello, the lead defendant in the corruption case, an "outstanding investigator" and a "dedicated" police officer "committed to removing narcotics and guns" from the streets of Philadelphia.

Several others contradicted key bits of testimony from drug dealers called by the prosecution earlier in the trial.

That was the scene today in U.S. District Court as the defense called a parade of witnesses in the ongoing racketeering trial of six narcotics officers.

Was it a question of brothers in blue circling the wagons in an us-against-them standoff? Or was it, as defense attorneys claim, the other side of the story, the side that federal prosecutors and FBI agents made no attempt to document as the case was built against Liciardello and five other members of the Philadelphia Police Department's Narcotics Field Unit?