Justifying Rayland: The Importance Of The Elmore Leonard Character 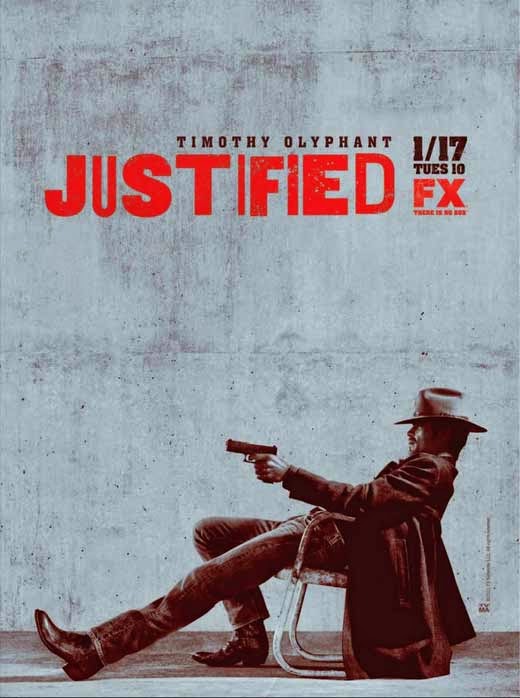 There's a great scene about two-thirds of the way through a recent episode of the current and final season of "Justified."

In it, Deputy U.S. Marshal Raylan Givens, skillfully played as always by Timothy Olyphant, has just pulled up to a house where his series-long nemesis (and occasional ally) Appalachian outlaw Boyd Crowder, equally deftly portrayed by Walton Goggins, is staying. Crowder rushes out to meet Givens and the two quickly begin a verbal sparring match (fueled mainly by Crowder's desire to keep Givens from finding a wanted fugitive hiding inside) in which Givens reveals that the only thing keeping him from moving on to live with his ex-wife and baby in Florida is his vow to finally bring Crowder down.

"This is one of them classic stories where the hero gets his man and he rides off into the sunset," Givens says.

"Or maybe it's like that other classic, where a guy chases a whale to the ends of the earth only to drown for his trouble," Crowder shoots back.

After a pause, Givens smiles and declares: "I gotta admit, there's a small part of me that's going to miss this when it's over."

It's a fantastic moment in a cable series full of fantastic moments. For the past five years, "Justified" on F/X has been offering a guaranteed reoccurring dose of satisfaction for those in need of smart television crime-drama - with a neo-Western twist of course.

It's also become the premier entry in Elmore Leonard's pop-culture footprint, which is no small feat when you realize he wrote more than forty novels and there are more than two dozen screen versions of his work. And it's really surprising when you notice just how slight Raylan Givens originally was in the library of Leonard's work.

http://www.wordandfilm.com/2015/04/justifying-raylan-the-importance-elmore-leonard-character/
Posted by Paul Davis at 12:24 AM