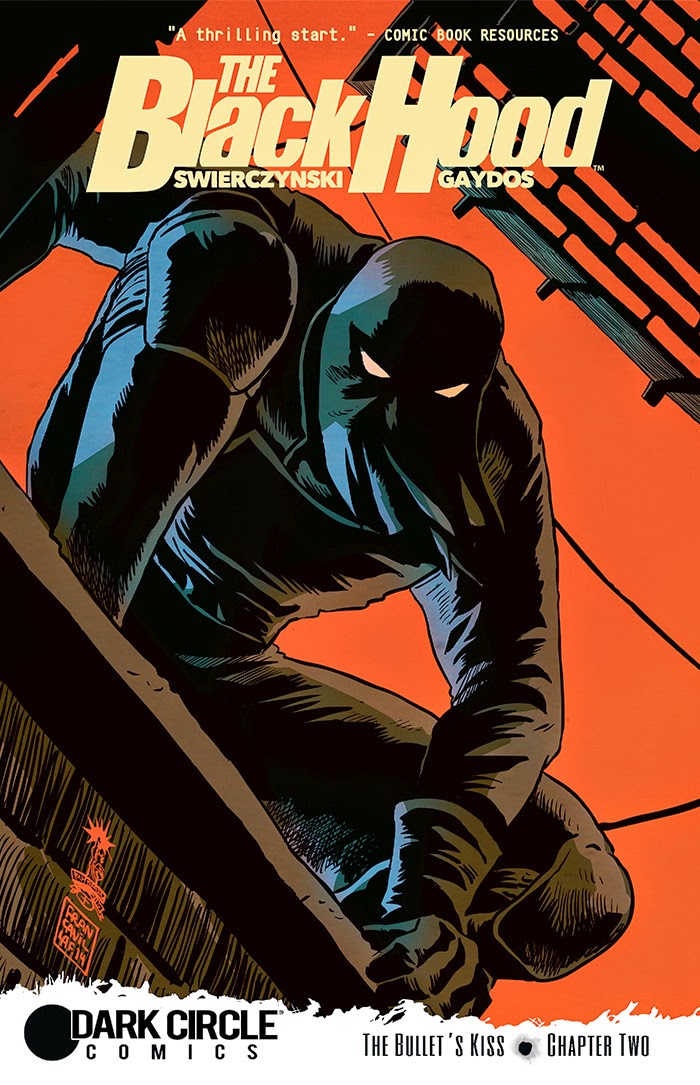 Philadelphia missed out on the first wave of hard-boiled American crime writing 90 years ago. Civic corruption was a main concern in many of those stories, and Philadelphia famously did not care about such things.

By the time the city made its mark in crime fiction, such social issues had fallen by the wayside, and the individual took center stage. Throughout the 1950s and into the early 1960s, American crime stories offered up legions of small-timers, desperate men who struggled against long odds and almost always lost. Noir had arrived, and Philadelphia produced the greatest noir writer of them all, David Goodis.

That's where Duane Swierczynski comes in. Age 43, a prolific author of novels, nonfiction, comics, and interactive mysteries, Swierczynski was born within earshot of the Market-Frankford El, and his newest project focuses on the Philadelphia he knows best, viewed through the prism of the city's greatest crime writer.

The Black Hood, a four-issue graphic novel, tells the story of a police officer who is shot in the face while breaking up an armed robbery, drowns himself in painkillers, takes refuge behind the series' titular disguise, and becomes an avenging super-antihero (though without superpowers).

"David Goodis was a huge inspiration," Swierczynski says. "His doomed characters roam the dark Philly streets after a major fall from grace. That's pretty much what happens to Greg Hettinger, the man under the hood."

You can read the rest of the piece via the below link:
http://www.philly.com/philly/entertainment/literature/20150430_Duane_Swierczynski_s_graphic_novel__Black_Hood__shows_Philly_tough_love.html
You can also check out Peter Rozovsky's interesting and informative crime fiction blog, Detectives Beyond Borders, via the below link:
http://www.detectivesbeyondborders.blogspot.com/
Posted by Paul Davis at 4:53 PM