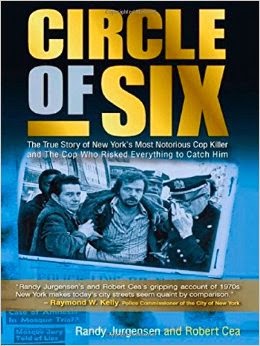 Legendary former NYPD detective Randy Jurgensen and two others wrote an open letter in the New York Post to the FBI director, asking him to open the FBI's files on the murder of an NYPD officer at a mosque in Harlem in 1972.

We are retired law-enforcement professionals with great respect for the work of the FBI. But we’re calling on you to right a grievous wrong and make one last effort to find justice for a slain police officer.

Open the FBI “special file room” and conduct a comprehensive search of all FBI files for information related to the so-called “Harlem Mosque Incident.”

As The Boston Globe reported, the FBI special file room is “where the bureau stowed documents more embarrassing than classified, including its history of illegal spying on domestic political organizations.”

This includes files on so-called black-nationalist extremists and an “extremely sensitive counterintelligence technique” to sow conflict within targeted groups.

Forty-three years ago, NYPD Patrolman Phillip Cardillo was mortally wounded in a shooting inside the Nation of Islam’s Mosque #7 in Harlem.

No one has ever been convicted of the crime. A suspect, Lewis 17X Dupree, was arrested. His first trial resulted in a hung jury, and he was acquitted at a second trial.

This week, reports in The Post and on the Judicial Watch Web site raised important questions about the FBI’s role in the case.

Note: Randy Jurgensen appears above on the cover of his book, Circle of Six. The book covers the murder of officer Philip Cardillo and Jurgensen's investigation of the murder.
Posted by Paul Davis at 10:34 PM