A Witness To Anarchy: Joseph Wambaugh On The 1965 Watts Riots - From Inside A Black-And-White 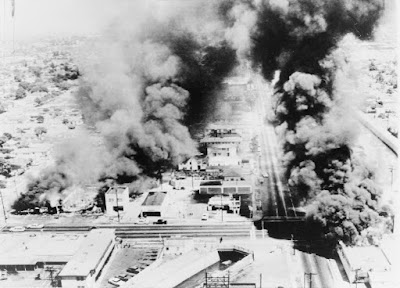 In light of the street riots in Ferguson, Missouri and assaults on police officers around the country, it is interesting to look back at the 1965 Watts riots from the view of a police officer inside a black and white patrol car.

Joseph Wambaugh, a former LAPD detective sergeant and author of best-selling and critically acclaimed novels and nonfiction books about LAPD officers, such as The Onion Field, The Choirboys and Hollywood Station, offers a look back at Watts in 1965 in the Los Angeles Times.


7 p.m. on Thursday, Aug. 12, 1965, about 2,000 people gather at 116th and Avalon. Tension is still high after the mob violence of the previous night following the arrest of an alleged drunk driver, but the people are not rioting.
A short time later, random shots are fired at a police vehicle on Imperial Highway, but there are no reports of massive rioting. Many of the officers in police divisions north of 77th Street Station listen on police radios and do not believe that the volatile unrest near Watts will spread to other parts of South Los Angeles.
The next afternoon, however, calls go out to officers at home, even those who work plainclothes assignments, ordering them to report to 77th Street Station in uniform. The nameless voice on the line adds: “Leave the necktie and soft hat but bring your helmet and baton. You're about to witness anarchy.”

Note: You can also read my interview with Joseph Wambaugh via the below link: