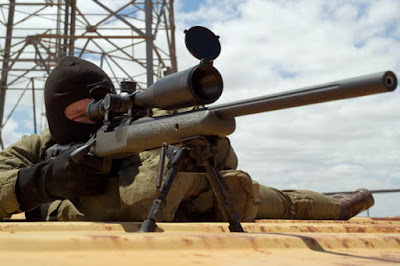 Patrick Williams at the British newspaper The Daily Record offers a piece on a Brit SAS sniper saved a boy and his father from being executed by ISIS.


He killed the would-be executioner from a range of 1,000m with a head shot before taking out three other members of ISIS in Syria.
The father and his eight-year-old boy were just seconds from death after refusing to denounce their faith.
Both are Shia Muslims who ISIS regard as "infidels".
But the pair refused and were facing imminent death.