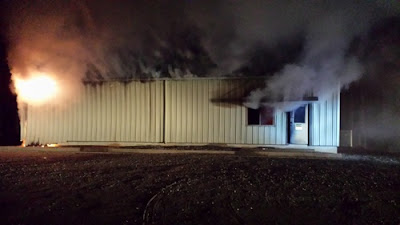 The FBI website offers a report on the man who sabotaged the Arkansas power grid was sentenced to 15 years in prison.


On the afternoon of August 21, 2013, the FBI’s Little Rock Field Office was notified by a local energy provider about a downed 500,000-volt power line near an active railroad track in Cabot, Arkansas. A power outage ensued. Company officials and local law enforcement believed that very early in the morning, someone had climbed a 100-foot tall support tower and intentionally sawed off the shackles that held up the power line, which then fell across the railroad tracks. A short time later, a train struck the line and severed it.
The FBI was called into the matter because sabotaging an energy facility and causing more than $100,000 in damage is a federal crime. According to energy company officials, the damage in this instance was $550,000.
A search of the crime scene and subsequent investigative activity by FBI Little Rock’s Joint Terrorism Task Force—aided by our local law enforcement partners and power company officials—revealed a great deal of information about what had happened.
In addition to the power line’s support tower shackles being cut with a hacksaw (which had been left behind), someone had loosened most of the bolts holding the support tower to its cement base. Investigators believed that in a previous attempt to damage the support tower and take down the power line, the perpetrator had taken a steel cable—insulated in blue plastic hosing that’s often used for pool maintenance—and tied one end to the bottom of the support tower and the other end to a tree across the railroad tracks in the hopes that a train would run into the cable, pulling down the entire support tower and possibly toppling several nearby towers. Instead, the cable simply snapped when hit by the train, and the tower—and power line—remained in place. Pieces of the cable and the blue hosing from that attempt were found at the crime scene.
But then there were two more seemingly related incidents:
You can read the rest of the FBI report via the below link:
https://www.fbi.gov/news/stories/2015/august/attacks-on-arkansas-power-grid
Posted by Paul Davis at 5:23 AM