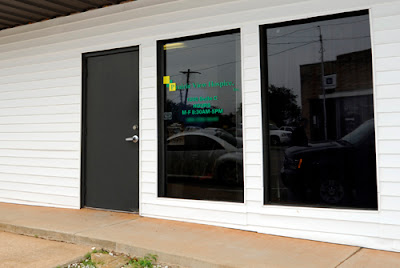 The FBI website released the above photo and the below information regarding a Medicare fraud case:


The overwhelming majority of people who go into the health care industry do it because they want to help people. Unfortunately, there are also some unscrupulous individuals who do it because they think they can take advantage of the health care system for their own financial gain.
That’s just what happened in the case of an Oklahoma hospice executive. Paula Kluding, owner of Prairie View Hospice, Inc., located in Chandler, Oklahoma, submitted millions of dollars’ worth of fraudulent claims to the federal Medicare program. But after a thorough investigation by the FBI and our partners at the U.S. Department of Health and Human Services’ Office of Inspector General, Kluding was convicted of Medicare fraud and other related charges at trial and was recently sentenced to a federal prison term. She was also ordered to pay $2.5 million in restitution to Medicare.
Hospice care, by definition, consists of health care, medication, certain medical equipment, and other goods and services provided to terminally ill patients. Prairie View Hospice was ostensibly in the business of doing just that and advertised its services for patients in nursing care facilities and at home. And as a Medicare-approved provider of hospice care, Prairie View agreed that it would comply with all Medicare-related laws and regulations, including those that required submissions of truthful and accurate claims for reimbursement.
But from July 2010 until July 2013, Kluding did not comply with those laws and regulations in her dealings with Medicare. In fact, she conspired—with her general manager and two nurses—to actually conceal the true medical conditions of hospice patients and the true quality and quantity of their care in order to continue receiving payments from Medicare. (The general manager and both nurses were later charged in the scheme and ultimately pled guilty.)
How did Kluding conceal the true medical conditions of her patients? For one, she directed certain medical documents be changed or written a certain way to make it appear as if nurses had visited patients or conducted assessments at the regular intervals required by Medicare—when, in fact, they hadn’t. She also directed that nursing notes be falsified to make it appear that patients were in worse health than they actually were.
Typically, hospice care is offered for those with a life expectancy of six months or less. Our investigation revealed that many Prairie View Hospice patients received care for five, six, even seven years.
Making Kluding’s criminal activity seem even riskier was the fact that at the time, Prairie View Hospice was part of a broader Medicare audit being conducted in the state. And to make matters worse, she gave falsified documents to the Medicare subcontractor performing the audit when asked to provide records of patient files and Medicare claims.
A pivotal point in the investigation came during the first interview with one of the two nurses charged in the case—she made a full confession and helped provide the necessary probable cause to obtain search warrants.
Kluding had pocketed a substantial portion of the Medicare payments she received, using Prairie View Hospice’s account as well as two other medical business accounts as her personal checkbook. A review of her banking records showed that she moved money between her business accounts and personal account whenever she needed additional money to fund her lavish lifestyle—which included a 6,000-square-foot home on hundreds of acres of land.
But that lavish lifestyle is over: In addition to the $2.5 million in restitution, Kluding owes an additional $5.4 million to Medicare for overpayments.
Posted by Paul Davis at 7:45 AM