Avenue Of Spies: A True Story Of Terror, Espionage, And One American Family's Heroic Resistance In Nazi-Occupied Paris 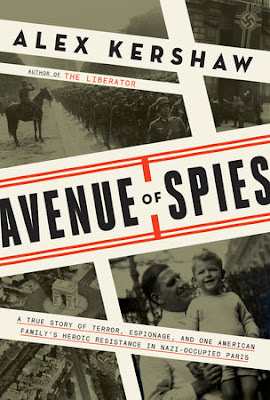 In 1940, France suffered what was arguably the worst humiliation ever inflicted on a supposed world power: a swift military victory by German invaders, climaxed by the decision to form governments (one in Paris, another in southern Vichy) subservient to the conquerors. The 84-year-old Marshal Philippe Petain, a hero of World War I, head of the Vichy state, blamed France’s collapse on liberal decadence, “an unholy trinity of socialists, agnostics and urban intellectuals.”
Many prominent Parisians flocked to the German cause, including such personages as the perfume/fashion czarina Coco Chanel, who asserted, “it is your [German] mission to make these Jews cede their property to Aryans.”
But one prominent American resident in Paris disagreed. He was Dr. Sumner Jackson, of the American Hospital, who with his wife Toquette and son, Phillip, then aged 12, were permitted to remain in France. The Nazis respected Dr. Jackson’s surgical skills.
What the Germans did not realize was that Jackson soon put his talents to the service of the nascent French Resistance, a relative handful of brave citizens who chose not to submit to tyranny.
You can read the rest of the review via the below link:
http://www.washingtontimes.com/news/2015/aug/30/book-review-avenue-of-spies-a-true-story-of-terror/
Posted by Paul Davis at 12:39 AM