The Gestapo: The Myth And Reality Of Hitler's Secret Police 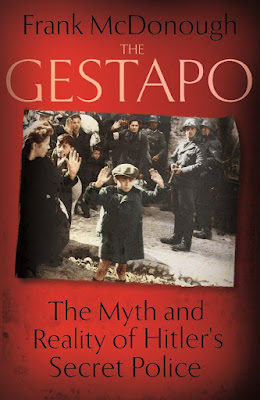 Miranda Seymour reviewed Frank McDonough's The Gestapo: The Myth and Reality of Hitler's Secret Police in the British newspaper the Telegraph.

The Gestapo (Geheime Staats Polizei, or Secret State Police) was the Nazis’ most efficient instrument of terror. Its spies were omnipresent, its victims subject to torture and mass deportation to the death camps. It seems incredible that humane qualities could be exhumed from such evil, but that is one achievement of Frank McDonough’s nuanced study.


You can read the rest of the review via the below link:
http://www.telegraph.co.uk/books/what-to-read/the-gestapo-the-myth-and-reality-of-hitlers-secret-police-by-frank-mcdonough-review/
Posted by Paul Davis at 10:09 AM