George Will: Gifted Writer Chronicles The 'Vocabulary Of Mutilation Of Mexican Drug Cartels' 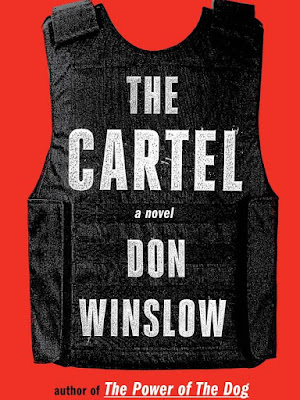 George Will in his column in the Washington Post covers Don Winslow's crime thriller The Cartel and the war on drugs.

Don Winslow, novelist and conscientious objector to America’s longest “war,” was skeptical when he was in Washington on a recent Sunday morning. This was shortly after news broke about the escape, from one of Mexico’s “maximum security” prisons, of Joaquín “El Chapo” Guzmán, head of the Sinaloa drug cartel.
Guzman reportedly disappeared through a tunnel almost a mile long and built solely for his escape. Asked about this, Winslow, his fork poised over an omelet, dryly said he thinks Guzmán might actually have driven away from the prison’s front gate in a Lincoln Town Car. What might seem like cynicism could be Winslow’s realism. Fourteen years ago, Guzmán allegedly escaped from another “maximum security” prison simply by hiding in a laundry cart. With exquisite understatement, the Wall Street Journal reports that his recent escape raised “new concerns about corruption in Mexican law enforcement.”
You can read the rest of the column via the below link:
https://www.washingtonpost.com/opinions/a-gifted-writer-chronicles-the-drug-cartels-vocabulary-of-mutilation/2015/08/05/7547f5c4-3ada-11e5-8e98-115a3cf7d7ae_story.html
Posted by Paul Davis at 3:00 PM