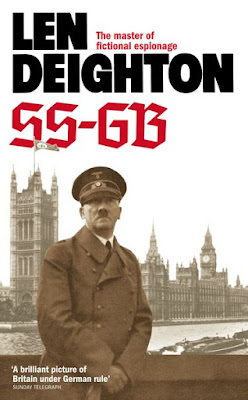 Ali Jaafar at deadline.com reports that actor Sam Riley and the James Bond screenwriters are in talks to make a film from one of my favorite thrillers, Len Deighton's SS:GB.

EXCLUSIVE– Sam Riley is in talks to star in SS:GB, the Len Deighton adaptation that James Bond scribes Neil Purvis and Robert Wade are writing.  No deal has been set yet but this is a plum role in what is fast gearing up to be a prestige project. German director Philipp Kadelbach, who won plaudits and numerous awards including the International Emmy for German World War 2 mini-series Generation War, is attached to direct. The project, which is being exec produced by Sid Gentle’sSally Woodward Gentle and produced by Patrick Schweitzer (Doctor Who), is set up at the BBC.

SS:GB is set in a UK conquered and occupied by Germany during World War II. The title refers to the branch of the Nazi SS that controls Britain.  Detective Superintendent Douglas Archer, a British homicide detective assigned to Scotland Yard, is called in to investigate a murder of a well-dressed man. To his surprise, the case draws the attention of the highest levels of the German government. Archer soon finds himself in the middle of a struggle between powerful forces.  Filming is set to begin in the fall. 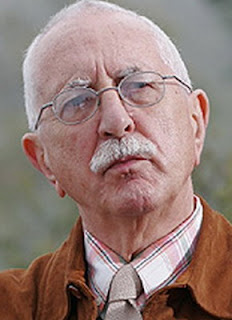 You can also read an interview with Len Deighton from this past June at deightondossier.net via the below link: