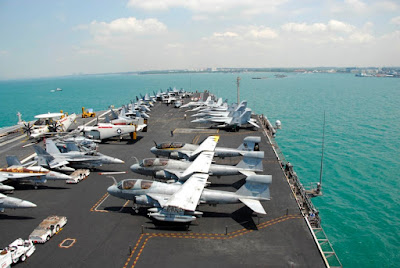 Erik Slavin at Stars and Stripes reports on the arrest of another former U.S. Navy official in the "Fat Leonard" bribery case.


YOKOSUKA NAVAL BASE, Japan — A Singaporean woman is the latest former U.S. Navy official to be arrested in connection with a bribery scandal that traded classified ship information to a contractor in exchange for cash, travel and other perks.
Gursharan Kaur Sharon Rachael, 55, a former Navy lead contract specialist, was charged in Singaporean court Thursday with seven counts of taking bribes worth $92,000 from Glenn Defense Marine Asia, which supplied portside services to Navy ships for decades.

http://www.stripes.com/news/another-former-navy-official-arrested-in-fat-leonard-bribery-case-1.381675
Posted by Paul Davis at 11:07 AM