The USS Zumwalt Is Underway 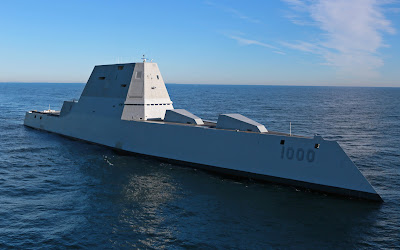 The U.S. Navy released the above photo and below caption:


The future USS Zumwalt (DDG 1000) is underway for the first time conducting at-sea tests and trials in the Atlantic Ocean Dec. 7, 2015.

The multimission ship will provide independent forward presence and deterrence, support special operations forces, and operate as an integral part of joint and combined expeditionary forces.

The above photo is courtesy of General Dynamics Bath Iron Works
Posted by Paul Davis at 10:39 AM