Go Navy!: These Are The Navy Jets That Just Started Striking The Islamic State 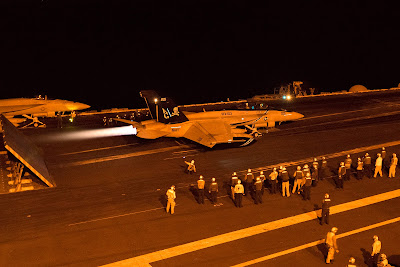 Thomas Gibbons-Neff at the Washington Post offers a look at the U.S. Navy aircraft off the aircraft carrier USS Harry S. Truman that are attacking the Islamic State.

You can read the piece and view the photos of the aircraft via the below link: