War Reporter Turned Thriller Writer Gerald Seymour: 'Of Course I'm Still A Hack. You Can't Get It Out Of Your Veins' 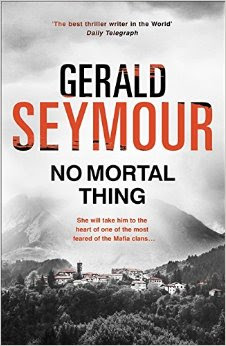 Stephen Moss at the British newspaper the Guardian offers a piece on thriller writer Gerald Seymour.


Gerald Seymour’s publishers held a dinner for him last month to mark the 40th anniversary of his ground-breaking thriller Harry’s Game. He told the guests that from time to time he thought about retiring – he is now 74 and about to publish his 32nd book – and imagined a future for himself pushing a trolley round Lidl looking for the special offers. When he sketched out this scenario to his wife, he said, she bought him a present: a package of 500 sheets of blank printing paper.
The story, told against himself, is typical of Seymour, who is as ego-free as any writer you are likely to meet. He would be very comfortably off if he ever did retire, but there is no immediate prospect of that. His new book, No Mortal Thing, is out in January; the next is being written and the research has been done for several others. Lidl will have to wait.
... No Mortal Thing deals with the ’Ndrangheta, the little written about but immensely powerful mafia-like organisation based in Calabria which controls much of Europe’s cocaine trade. Seymour traces the way its tentacles stretch out from a small village at the foot of Italy, across Germany, the UK and the rest of Europe. He wants us to understand its power, viciousness and the immense damage it inflicts, and he criticises those who are not prepared to engage with the subject. “I dislike people who live in a comfortable, complacent world where they are simply not interested in what’s round the corner,” he says.
You can read the rest of the piece via the below link:
http://www.theguardian.com/books/2015/dec/26/gerald-seymour-interview-thriller-writer 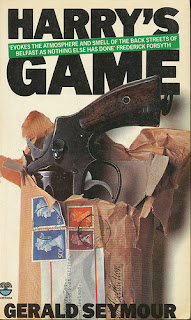