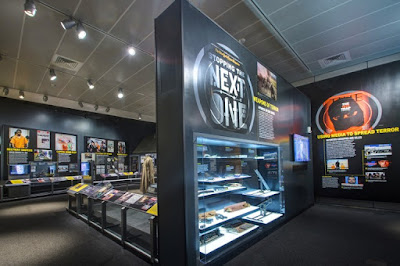 The FBI offers a report on the Newseum's FBI exhibit.


Some of the FBI’s biggest terrorism cases since 9/11—along with headline-grabbing espionage and cyber investigations—are featured in an exhibit that opens today in the nation’s capital.
“Inside Today’s FBI: Fighting Crime in the Age of Terror” is an updated and expanded version of a popular, long-running exhibit at the Newseum, a museum devoted to news and journalism located a few blocks from FBI Headquarters in Washington, D.C.
You can read the rest of the report via the below link: