The End of the Cold War 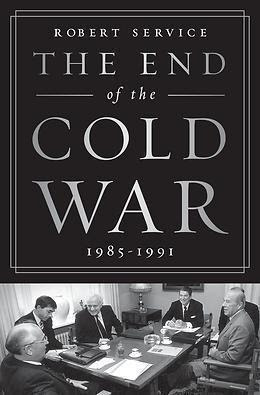 Veteran journalist and author Joseph C. Goulden offers a good review in the Washington Times of Robert Service's The End of the Cold War.


As the Soviet Union teetered toward collapse in 1990, Defense Minister Sergei Akhromeev lamented, “For seventy years the Americans have attempted to destroy our Union and they’ve finally achieved their end!” But his Politburo colleague, Alexander Bessmertnykh, demurred, saying, “It’s not they who have destroyed it but ourselves.”]
Left unmentioned was the outside force that played a seminal role in shoving the USSR into oblivion: adroit negotiations by President Ronald Reagan over eight years that (a) forced the Soviets into arms-reduction agreements that lessened the nuclear specter that had hovered over the world for decades and (b) convinced Moscow that it could no longer match the United States militarily, much less economically.
Robert Service, a longtime British academic and the author of numerous books on the USSR, has produced diplomatic history of the first rank.
You can read the rest of the piece via the below link: