A Look Back At Jack Nicholson in 'The Last Detail' 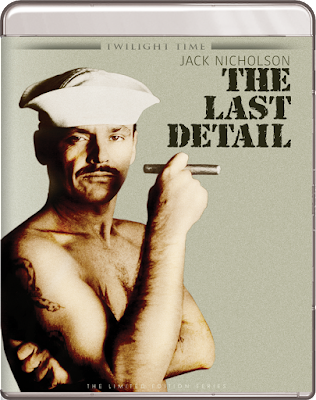 Todd Garbarini at cinemaretro.com offers a review of one of my favorite films about the U.S. Navy, The Last Detail, which was recently released on DVD.

In the mid 1980’s, I caught ABC-TV’s premiere broadcast of Stanley Kubrick’s The Shining (1980) and it changed me forever. I became a huge fan of both Stanley Kubrick’s and Stephen King’s work, as well as classical music. Despite the protestations of many a film reviewer regarding the casting of Jack Nicholson, I greatly admired his performance in the film, and eagerly sought out all of his films that I could find on home video and television at the time. Among them was a film that I had not heard of before, the story about two Navy lifers transporting a convict to the “brig”, a military prison, for having stolen $40.00 out of the Polio contribution box (the Commanding Officer’s wife’s favorite charity – oops!!). Hal Ashby’s The Last Detail(1973), which opened in New York on Sunday, February 10, 1974 (having premiered in L.A. in December of 1973) , contains my favorite film performance by Jack Nicholson, which is saying a lot considering that his turn as R.P. McMurphy inOne Flew Over the Cuckoo’s Nest (1975) is the role that most critics think of when they discuss his work. Here he plays Billy "Badass" Buddusky, a U.S. petty officer who, along with Richard "Mule" Mulhall (the late Otis Young), is tasked with escorting a sailor, Larry Meadows (Randy Quaid), from their home base in Norfolk, VA to Portsmouth Naval Prison up in Maine. 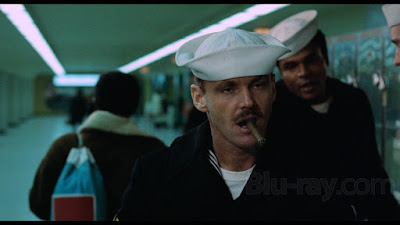 Note: The film was based on Navy veteran Darryl Ponsicon's novel. 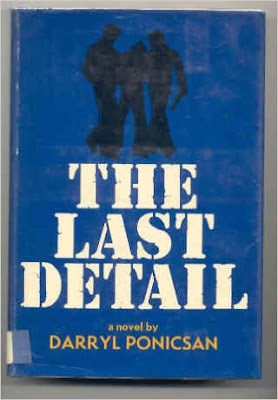 You can order the novel via the below link: