Bring Me The Head Of John Wayne: Soviet Dictator Joseph Stalin Loved American Westerns, But Said John Wayne Was A Threat To Communism And Should Be Assassinated 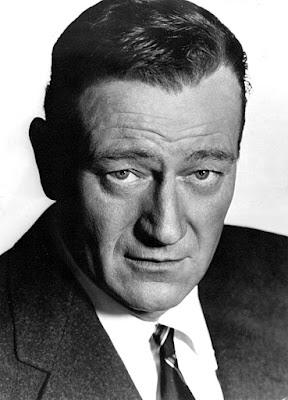 Everybody is a critic.


Every one of Stalin's houses had its own private cinema, and in his last years, the cinema became not only his favourite entertainment but also a source of political inspiration. It was one of the venues from which he ruled the Soviet Empire: this was cinematocracy - rule by cinema.
Stalin loved movies, but he was much more than a movie-buff. The new Communist Party archives in Moscow, and the recently opened personal papers of Stalin, reveal that he fancied himself a super-movie-producer/director/screenwriter as well as supreme censor, suggesting titles, ideas and stories, working on scripts and song lyrics, lecturing directors, coaching actors, ordering re-shoots and cuts and, finally, passing the movies for showing.
So, while in Hitler's Third Reich, even Goebbels, minister of culture and enlightenment, did not perform all these roles, in Soviet Russia, Stalin considered himself (in modern terms) Sam Goldwyn and Harvey Weinstein, Steven Spielberg and Martin Scorsese, Joe Eszterhas and Richard Curtis, rolled into one.

http://www.telegraph.co.uk/culture/3618310/Why-Stalin-loved-Tarzan-and-wanted-John-Wayne-shot.html
Posted by Paul Davis at 1:13 AM