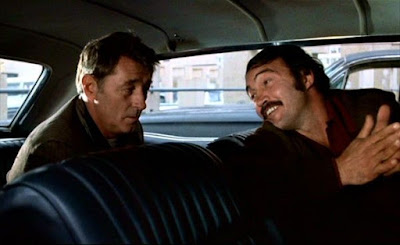 Actor Joe Santos has died. He was 84.

Best known for his role on The Rockford Files, the Italian-American actor from Brooklyn also appeared in the classic crime film The Friends of Eddie Coyle (Santos appears on the right with Robert Mitchum in the above photo from the film) and he later appeared on the HBO series, The Sopranos.

You can read more about Santos via the below link:

Labels: Joe Santos, The Friends of Eddie Coyle, The Rockford Files, The Sopranos