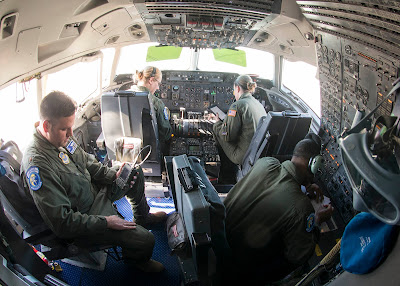 The admiral testified before the panel on how the fiscal year 2017 DoD budget request impacts Northcom and NORAD. He also discussed command operations.

Homeland defense, the admiral told the panel, “is a no-fail mission and it's just as important today as when NORAD and Northcom were established, with one single commander responsible for the defense of our homeland through the many domains of air, space, maritime, land and cyber.”
Within cybersecurity, he added, Northcom’s responsibility is to defend its own networks.

Gortney named the Islamic State of Iraq and the Levant and whatever form it takes in the future, and transnational organized criminals who move drugs, people, weapons and anything else that will turn a profit as the most dangerous and likely threats to the nation.

Terrorist organizations and global criminal networks exploit what the admiral calls “seams” between nations in North, Central and South America; seams between the government agencies of those nations; and seams created by inadequate authorities, resources and training of many of the same agencies.

“And yes,” he added, “seams created by the geographic boundaries of our combatant command structure, seams for which [Navy Adm. Kurt W. Tidd, commander of U.S. Southern Command] and I are accountable to close while we work the military-to-military effort or our nation's whole-of-government approach to the many shared challenges within North, Central and South America.”
Today's evolving and resurgent threats are a function of the return to great power competition and the continuing threat of global terrorism, Gortney said.

These threats, he said, create vulnerabilities best mitigated through an integrated and binational approach across multiple domains that requires an integrated defense in the air, in space, on and under the sea and on land domains.

As a result, he said, “together NORAD and Northcom have evolved well past our Cold War and 9/11 origins and are today inseparable.”

The commands work seamlessly together to defend the homeland in the air through NORAD and the remaining domains through Northcom, facing the traditional and nontraditional threats in our assigned battle space, Gortney said.

NORAD and Northcom are focused on unity of command and effort, he said, two commands but a single integrated headquarters, organized and trained to face the diverse array of evolving national security threats.

Regarding nontraditional threats, the admiral said his main concerns involve homegrown violent extremists who are self-radicalized and don’t actively communicate with ISIL.

“These extremists are targeting soft Department of Defense [targets],” he said, “Department of Defense personnel and facilities and our own fellow citizens. This is what occurred in Chattanooga on a DoD facility and in San Bernardino against our nation's civilian population.”

As the commander accountable for setting the force protection condition of DoD facilities in the continental United States, Gortney said, Northcom works closely with the Army, Navy, Air Force and Marine Corps “to balance the enduring nature of this threat with the services' ability to complete the many missions they have here in the homeland.”

Northcom partners continuously with the interagency, the admiral said. Partners include National Guard airmen and soldiers, the intelligence community, law enforcement agencies and the Department of Homeland Security, which is Northcom’s closest partner, he said.

“Our mission partners maintain nearly 60 liaison officers in our headquarters and these patriots are fully embedded in … our intel organization,” Gortney said, noting that building partnership capacity is vital to Northcom’s mission.

At Northcom, he added, 70 percent of major exercises -- involving nearly 200 each year -- are focused on mission partners as the primary target audience.

You can click on the photo to enlarge.
Posted by Paul Davis at 3:00 AM