Senator Ted Cruz: In Cuba, Obama Will Legitimize The Corrupt And Ignore The Oppressed 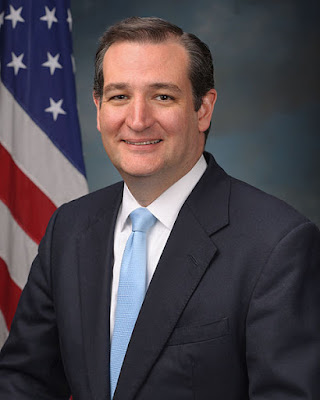 
Communist Havana has always been a magnet for the radical chic of the left, drawn like moths to the flame of this western outpost of totalitarian Communism. Back in the 1960s, the visitors included Angela Davis and Stokely Carmichael, while Che Guevara himself received Jean-Paul Sartre.

Now this scene will include a president of the United States. On Sunday, President Barack Obama, a retinue of celebrities in tow, is expected to arrive in the Cuban capital to hang out with Raul Castro and his henchmen, all of which will be breathlessly documented by the media mavens along for the ride.

Meanwhile, political prisoners languishing in dungeons across the island will hear this message: Nobody has your back. You’re alone with your tormentors. The world has forgotten about you.
They will not be on TV, rubbing elbows with the Obamas or left-wing politicians like Nancy Pelosi. There will be no mojitos at the U.S. Embassy for them. Raul Castro denies their very existence.

Note: I wonder if Obama brought up the subject of Cuba harboring American criminals and terrorists, including a cop-killer who murdered a New Jersey State trooper?
Posted by Paul Davis at 3:59 PM