Playing To The Edge: American Intelligence In The Age Of Terror 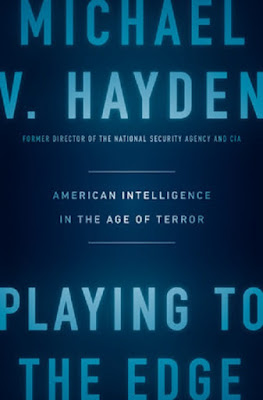 
The image of the Central Intelligence Agency perhaps best known to the public is the shield in the marble entry concourse of the Original Headquarters Building, which features a quotation from St. John: “And ye shall know the truth and the truth shall make you free.”
But up a stairway off to the left is another quotation, on a stylized mural of Lady Liberty, “We are the Nation’s first line of defense. We accomplish what others cannot accomplish and go where others cannot go.”
Such was the challenge accepted by Gen. Michael Hayden during a tumultuous decade in the heart of the intelligence community, first as director of the National Security Agency (NSA), then principal deputy director of National Intelligence, and finally, director of the CIA.
Gen. Hayden's account is both inspiring and frustrating. Inspiring, because he depicts a dedicated band of men and women determined to devise programs to protect the American public from terrorist attacks both at home and abroad.
But also frustrating, chiefly because of the members of Congress who disavowed programs they had previously approved once they were criticized by a reckless media that valued headlines more than protecting sensitive national security measures.
You can read the rest of the review via the below link:

http://www.washingtontimes.com/news/2016/mar/16/book-review-playing-to-the-edge-american-intellige/
Posted by Paul Davis at 6:20 AM