The New James Bond? Aidan Turner Steals The Show In A Suave Tuxedo As 6 Million Viewers In The U.K. Tune In To Watch His Performance In New BBC Drama 'And Then There Were None' 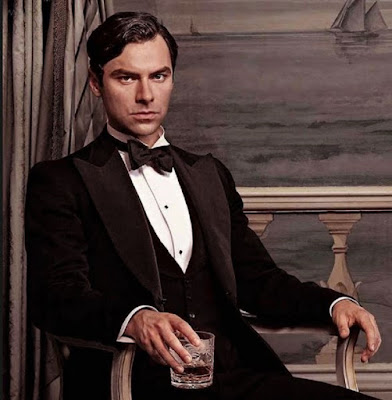 I'm not a fan of Agatha Christie, but I watched part one of And Then There Were None on the Lifetime Channel because of the fine cast of actors, such as Charles Dance, Sam Neill, Miranda Richardson, Toby Stephens and others, as well as the fine reviews the BBC drama received.

One actor in the cast that I was not aware of caught my eye, as he did a good number of other viewers.

Like the many people who commented on his performance via twitter and other social media, I too think Aiden Turner (seen in the above photo) would be an excellent choice to portray Ian Fleming's iconic character James Bond.

I hope the Bond film producers tuned in to the show.

You can read about the reactions of the Brits who watched the BBC program in the Daily Mail via the below link: 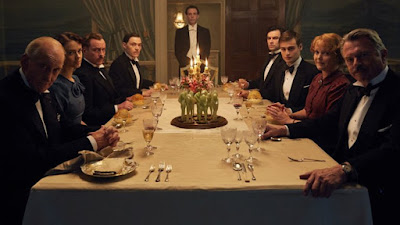 You can also visit the Lifetime Channel And Then There Were None web page via the below link:

Note: You can click on the above photo to enlarge.
Posted by Paul Davis at 4:55 PM