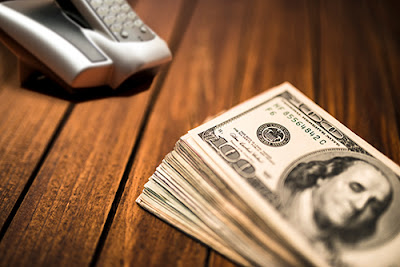 
The telephone call came from out of the blue. The man on the line told the 83-year-old retired schoolteacher she had won a substantial lottery prize. All that was required to claim the windfall was to pay taxes and other fees.
Before it was over, the victim—a Virginia resident who had meticulously saved for her retirement—was out more than $500,000 in a scam that has become all too familiar among the elderly.
The criminals behind these lottery frauds and other telemarketing scams prey on senior citizens for a variety of reasons, according to Special Agent John Gardner, who investigated the woman’s case out of the FBI’s Washington Field Office and eventually helped put the Jamaican man who victimized her behind bars.
“The first thing to know is that lottery scammers have no empathy for the elderly,” Gardner said. “For them, it’s all about the money.” Seniors can be lured into the scam because they have financial difficulties, or they might have enough for themselves but want to leave a legacy for their children. Some may be suffering from mental decline or dementia. “Others are so lonely, they just want someone to talk to,” Gardner explained. “Some scammers become ‘best friends’ with their victims.”
There is also the issue of technology. The criminals—many who carry out their crimes from Jamaica—use Internet tools to mask their calls so they appear to be coming from U.S. numbers with particular area codes, such as Las Vegas.
“Elderly people grew up at a time when people weren’t defrauding people over the phone,” Gardner said. “They are not aware of these Internet masking technologies and are generally not suspicious when the telephone rings.”
The fraudsters are as persuasive as they are sophisticated. “The Jamaican lottery scammers are like an organized cyber crime group,” Gardner said. “They are closely knit, highly structured, and have U.S. associates—money mules—who help launder their money.”
The scammers who make the calls speak excellent English and use well-practiced scripts complete with rebuttals. They are experienced and extremely manipulative. To target victims of a certain age, they buy lead lists that are widely available online.
Gardner received the Virginia woman’s complaint in 2011. The ensuing investigation eventually resulted in the identification of seven subjects, all of whom were charged in connection with the lottery scheme. Six of those individuals have been convicted, and one is a fugitive. The ringleader, Paul Laing, 31, of Sandy Bay, Jamaica, was sentenced last month to 10 years in prison for his leadership role in the scheme.
Laing pled guilty in October 2015, admitting that he defrauded numerous elderly victims, including the woman from Virginia who lost her life savings. Laing instructed victims to send funds through wire transfers, the U.S. mail, and other means directly to him in Jamaica or to co-conspirators in the U.S. Those co-conspirators—the money mules—kept a portion of the proceeds and transferred the rest to Laing. The illicit funds ran to hundreds of thousands of dollars from more than 23 known victims, Gardner said, adding that there were likely many more victims who never came forward.
Posted by Paul Davis at 9:24 AM