Fast And Furious: The Scandal In Washington No One Is Talking About 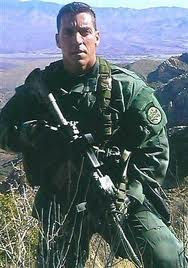 Paul Sperry at the New York Post offers a piece on the Fast and Furious scandal.

The deadly-but-forgotten government gun-running scandal known as “Fast and Furious” has lain dormant for years, thanks to White House stonewalling and media compliance. But newly uncovered e-mails have reopened the case, exposing the anatomy of a coverup by an administration that promised to be the most transparent in history.


A federal judge has forced the release of more than 20,000 pages of emails and memos previously locked up under President Obama’s phony executive-privilege claim. A preliminary review shows top Obama officials deliberately obstructing congressional probes into the border gun-running operation.
Fast and Furious was a Justice Department program that allowed assault weapons — including .50-caliber rifles powerful enough to take down a helicopter — to be sold to Mexican drug cartels allegedly as a way to track them. But internal documents later revealed the real goal was to gin up a crisis requiring a crackdown on guns in America. Fast and Furious was merely a pretext for imposing stricter gun laws.

Only, the scheme backfired when Justice agents lost track of the nearly 2,000 guns sold through the program and they started turning up at murder scenes on both sides of the border — including one that claimed the life of US Border Patrol Agent Brian Terry (seen in the above photo).