How Rolex Became The King Of Watches 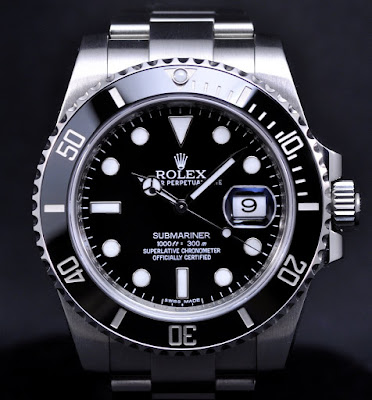 My Rolex Submariner diver's watch is my most prized possession.

A beautiful young woman give the watch to me as a 30th birthday present so many years ago. I married her one month later.

So I was interested in David Green's Business Insider piece on how the history of the fine watch and how it became the "King of Watches."


Play a simple word association game with anyone — say "watches" and the reply you get will most likely be "Rolex."
The Rolex brand is so ingrained in the minds of much of the world, it's hard to believe watches even existed before Austrian national Hans Wilsdorf started the company in the early 1900s.
It now stands as the most powerful watchmaker in the world, consistently ranking at the top of lists of the globe's most reputable companies.
Rolex does not actually release sales numbers, but experts estimate that it makes roughly 1 million watches a year, presumably more than any other luxury watchmaker.
You can read the rest of the piece via the below link: