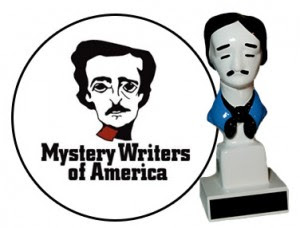 The Mystery Writers of America released the list of their 2016 Edgar Allan Poe Award Winners.

Mystery Writers of America is proud to announce the winners of the 2016 Edgar Allan Poe Awards, honoring the best in mystery fiction, non-fiction and television published or produced in 2015. The Edgar® Awards were presented to the winners at our 70th Gala Banquet, April 28, 2016 at the Grand Hyatt Hotel, New York City.

https://mysterywriters.org/category/press-releases/
Posted by Paul Davis at 3:28 AM