FBI: Man Gets 16 Years For Attempting To Purchase Ricin, Use of Stolen Identity Adds To Length of Sentence 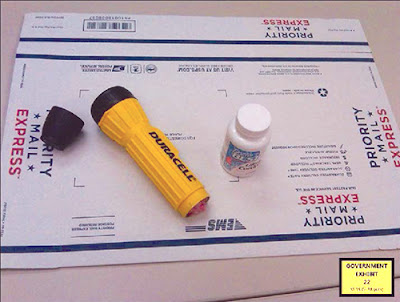 
It was a very scary scenario: Chinese national Cheng Le, living in New York City, attempted to order ricin through the so-called dark web.
Ricin, of course, is a highly potent and potentially fatal toxin with no known antidote. And the dark web includes a number of extensive, sophisticated, and widely used online criminal marketplaces that allow participants to buy and sell all kinds of illegal and often dangerous items, including drugs, firearms, and hazardous materials, like ricin.
What did Le plan to do with the ricin? Nothing good. According to U.S. Attorney for the Southern District of New York Preet Bharara, “In Le’s own words, established at trial, he was looking for ‘simple and easy death pills’ and ways to commit ‘100 percent risk-free’ murder.”
While on a particular dark web marketplace in early December 2014, Le asked, “This might sound blunt but do you sell ricin?” Fortunately, the individual at the computer on the other end was not a trafficker in lethal poisons—instead, it was an undercover FBI employee.
For the next couple of weeks or so, Le and the undercover employee exchanged more than 20 encrypted messages. Some of Le’s communications included:
Sometime during these exchanges, Le revealed to the undercover employee that he had a specific victim in mind: “Someone middle-aged. Weight around 200 pounds.”
Ultimately, Le placed his order, paying with bitcoins, a virtual currency. Bitcoins themselves are not illegal and have known legitimate uses. However, they are also a common form of payment for illegal goods and services on the dark web because of the anonymity they provide.
On December 18, 2014, Le directed his contact to send a quantity of ricin to a rented postal box at a Manhattan shipping store (investigators later determined that Le had rented the postal box using the name of an individual whose identity he had stolen).
The Bureau prepared a mock shipment exactly as Le had requested—with one small difference: the “ricin pill” concealed in a pill bottle and the loose “ricin powder” were fake. And on December 23, the sham shipment was delivered to the requested postal box. Le, wearing latex gloves, retrieved the package, opened it, and took it to his apartment. Agents, armed with a search warrant, entered the apartment, collected the evidence, and arrested Le.
Le was tried by a federal jury and convicted in August 2015 of, among other things, attempting to possess a biological toxin for use as a weapon and aggravated identity theft in relation to a terrorism offense. Last month, he was sentenced to 16 years in prison, a term that had been enhanced by the aggravated identity theft charge.
And as a result of yet another successful joint law enforcement investigation—this one by the FBI, New York Police Department, and U.S. Postal Inspection Service—a criminal who posed a deadly threat to the public is behind bars.
Posted by Paul Davis at 1:18 PM