Cinema Sins: Everything Wrong With James Bond Film 'Spectre' In 16 Minutes Or Less 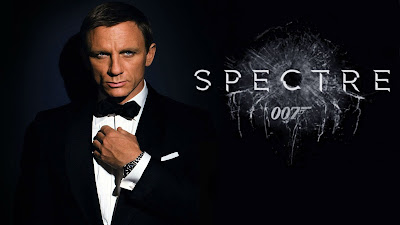 The clever and funny people at Cinema Sins offer a look at the sins of the James Bond film Spectre.

You can also read my Crime Beat column on Spectre via the below link:

Note: I believe it is time for a new actor to portray James Bond (I suggest Aidan Turner from And Then There Were None) and a new set of writers and a director who will be more faithful to Ian Fleming's classic thrillers and the early Bond films of the 1960's. The Bond film producers should perhaps remake the awful Bond films from the 1970's and this time adapt the films faithfully from Fleming's novels.
Posted by Paul Davis at 12:34 PM