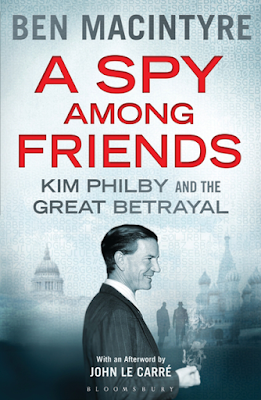 Gordon Corera at the BBC News offers a look back at British spy and traitor Kim Philby with a newly discovered video..

A previously unseen video of one of Britain's most infamous spies describing his career as a Soviet agent has been uncovered by the BBC.

The tape is of Kim Philby giving a secret lecture to the Stasi, the East German Intelligence Service, in 1981.
It is the first time the ex-MI6 officer can be seen talking about his life as a spy from his recruitment to his escape.

You can read the rest of the piece and view the video via the below link:

You can also read a review of Ben Macintyre's fine book on Philby via the below link: