The Adventures Of Mark Twain: How He Launched A Literary Career In Hawai‘i 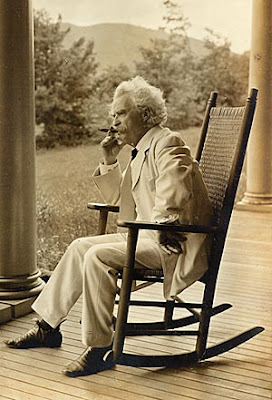 Kim Steutermann Rogers at Honolulu magazine offers a piece on Mark Twain's visit to the then called Sandwich Islands.


When Mark Twain first arrived in Honolulu in 1866, he wasn’t the Mark Twain the world knows and loves today. Heck, he was barely even Mark Twain. A short four months before, Samuel Clemens published a short story about a frog under a fairly new pseudonym, one that harkened back to his riverboat pilot days. The San Francisco Alta took note, writing, “Mark Twain’s story in the Saturday Press of November 18th, called ‘Jim Smiley and His Jumping Frog,’ has set all New York in a roar, and he may be said to have made his mark …”
Twain fled San Francisco as a 30-year-old bachelor, drinking and cavorting, barely keeping his head above financial disaster. It had been a tumultuous few years for him as a reporter for a string of newspapers, first in Nevada and then California, where he railed against the drudgery of daily deadlines and stodgy editors who, in a growing trend since the Civil War, actually wanted him to report stories that didn’t just ring true but contained the actual facts of things. “I do not know what to write; my life is so uneventful,” Twain moaned in a letter to his mother in Missouri six weeks before departing for Hawai‘i. “I wish I was back there piloting up and down the river again.”
This was all before Tom and Huck and the white suit for which Twain would become famous. But he did possess the wild tangle of hair we’ve seen over the years on dozens of book covers—only it was reddish-brown. He had the gait, too, a shuffle many confused for drunkenness. And cigars. That lifelong habit was well-entrenched when Twain took his first stroll through downtown Honolulu—practically straight for The Pacific Commercial Advertiser, whose publisher, Henry M. Whitney, later reported that, when Twain was around, at least a box of cigars a week disappeared.