Historic Rehab: A Look At The Navy Yard In South Philadelphia 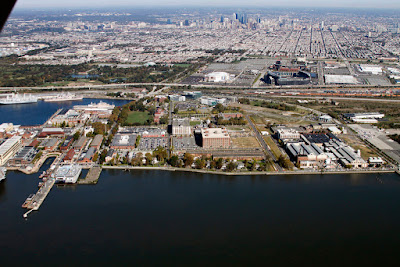 Jeffrey Spivak at Urbanland, the magazine of the Urban Land Institute, takes a look at the Philadelphia Navy Yard in South Philadelphia.


From a closed former military base on the south side of the city, the Navy Yard has become one of the most successful office/industrial master-planned redevelopments in U.S. history, attracting $1 billion in public and private investments since 2000, bringing in more than 150 corporate and technology-oriented companies, and becoming the workplace for some 12,000 employees.

But what really sets the Navy Yard apart from typical office/industrial parks is a sense of place unlike that to be found anywhere else in its region. Upon driving in, a visitor immediately sees magnificent and imposing navy warships—the site remains a reserve basin for retired vessels. Beyond that, there is turn-of-the-20th-century historic architecture along with suburban-style glass office buildings. There is a waterfront plus a park featuring hammocks and Ping-Pong tables. There is the ambience of an academic campus, thanks to buildings with odd shapes, large open spaces, and people walking on sidewalks.
“It’s kind of like a traditional office park, but cooler, and cooler really does matter now,” says Louise Mozingo, chair of the landscape architecture and environmental planning department at the University of California, Berkeley, and author of a 2011 book on office parks, Pastoral Capitalism: A History of Suburban Corporate Landscapes. 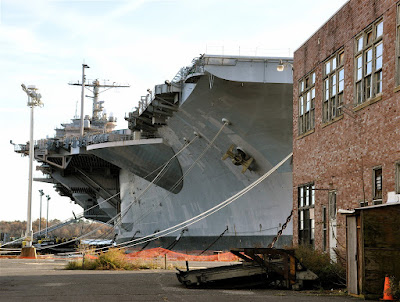