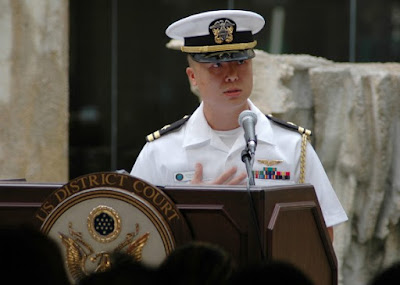 Peter Apps at Reuters offers a piece on why computers may never replace human spies.


If legendary British spy-turned-KGB mole Kim Philby was alive to offer arrested U.S. Navy officer Edward Lin advice — regardless of his guilt or innocence — we know what it would be.
Despite repeatedly coming under suspicion, Philby fed British and American secrets to Moscow for three decades before ultimately defecting in 1963. His survival, he told officers of the East German Stasi spy service in 1981, was partly down to organizational ineptitude and his privileged position as a member of Britain’s ruling class.
But it was also, he said, simply down to the fact that when challenged, he always maintained his innocence. Even when confronted with incriminating evidence in his own handwriting, he simply denied having anything to do with it.
“All I had to do really was keep my nerve,” said Philby according to a recording found by the BBC and published this month. “So my advice to you is to tell all your agents that they are never to confess.”
For Taiwanese-American Lieutenant Commander Lin, it may already be too late for that. The United States government remains remarkably tight lipped — for now, it remains unclear whether he is suspected of spying for mainland China or only Taiwan. All that is known for sure is that he faces charges of espionage, attempted espionage and a charge of patronizing a prostitute.
Lin was a member of an elite U.S. Navy reconnaissance aviation unit flying from Hawaii and said to operate some of the most sophisticated equipment and sensitive missions in the Pacific.