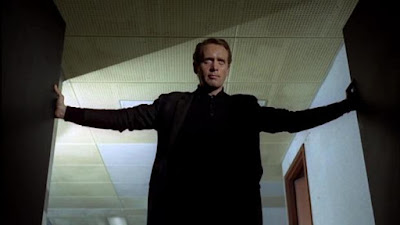 
The British Invasion went beyond the Beatles and Herman's Hermits, beyond music in fact. Perhaps more so than any other time, the 1960s saw Americans devouring British pop culture, from Mary Quant's miniskirts to Mary Poppins. James Bond was the king of the big screen and MG advertised its cars in magazines.
Naturally, this carried over to television. The spy craze led to an influx of British television productions on American networks. Here were shows produced in the U.K. on the Big Three networks in prime time. Often, the imports were plugged in as summer replacements. Some of these shows were so massive, or used American actors, it's easy to forget they were English.
You can read the rest of the piece via the below link:

Note: I was a teenager in the 1960s and I watched and enjoyed 4 of the 9 British imported TV shows listed by metv.com. I loved The Prisoner, Secret Agent, The Avengers and The Saint.

I now own DVDs of these classic British shows.

The above photo shows Patrick McGoohan in The Prisoner.
Posted by Paul Davis at 7:51 PM