Apologize For Hiroshima? Hell, No! 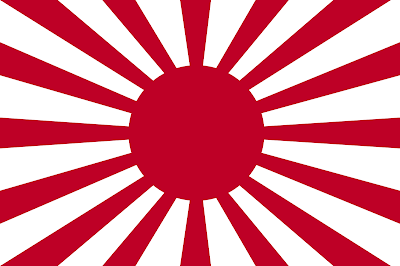 My late father was an Underwater Demolition Team (UDT) frogman during World War II. The UDT combat swimmers cleared the way for the U.S. Marines to take the Pacific islands back from the Imperial Japanese.

I recall him telling me about an intelligence briefing where the UDT men were advised that the losses they would sustain during the planned invasion of mainland Japan would be catastrophic.

The deaths of millions of U.S. military men, as well as Japanese military men and Japanese civilians, was avoided due to the dropping of atomic bombs on the cities of Hiroshima and Nagasaki.

It took the devastation of this weapon to finally force the proud Japanese to surrender unconditionally.

I believe it would be a disgrace if President Obama apologizes for the U.S. dropping of an atomic bomb on Hiroshima when he visits the city.

It would be an insult to the men who died during the war, which Imperial Japan began with their sneak attack on Pearl Harbor.

It would also be an insult to the men who survived the war, like my father.

Stu Bykofsky, a columnist for the Philadelphia Daily News offers his take on the presidential visit to Hiroshima.


THESE ARE THE remarks I would like to hear from President Obama when he visits Hiroshima on Friday:
We gather in this place draped in death and sorrow to respectfully remember those who perished here almost 70 years ago.
Speaking for the United States, we have regrets.
We regret that, 75 years ago this December, Japan killed more than 2,400 Americans in an unprovoked attack against the United States in Hawaii. That's my home.
I regret that the United States was pushed into a war we did not seek and for which we were militarily unprepared.
We believed, correctly, that it was a war between our freedom and your tyranny and butchery.
You can read the rest of the column via the below link: