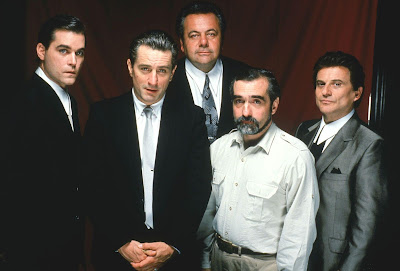 Goodfellas is the best crime film ever made, in my view, and Casino and Mean Streets are not too far behind. Even Raging Bull, the greatest boxing film ever made, has a strong organized crime element to it.

So I'm glad that The Irishman may finally be in the works. And Scorsese will present a stellar cast that features Robert De Niro and other veteran actors from his great crime films.

The film will be based on I Heard You Paint Houses, a true crime book about mobster Frank "The Irishman" Sheeran, who claims to have murdered Jimmy Hoffa.

The story has a South Philly connection, as Sheeran, a Philadelphia native, was given his first murder contract in South Philly by Cosa Nostra boss Angelo Bruno.

He was also urged by a Philadelphia Monsignor to confess his sins so he could be buried in a Catholic grave yard, which led to his second confession to a writer.

Bruce Golding at the New York Post offers a piece on the upcoming film.


Martin Scorsese is putting the old gang back together — and swearing in a new member — for a mob movie green-lighted through big-bucks deals struck at the Cannes Film Festival, according to reports Sunday.
“The Irishman,” which has been stuck in development hell for years, is set to star Scorsese stable-mates Robert De Niro and Joe Pesci, who both played key roles in the director’s classic gangster flicks, “GoodFellas” and “Casino.”
Reports said it would also reunite Scorsese with Harvey Keitel, who last worked with Scorsese on 1988’s “The Last Temptation of Christ” and co-starred in the director’s 1976 legendary “Taxi Driver.”
The instant Oscar-bait film would also mark the first collaboration between Scor­sese and legendary “Godfather” star Al Pacino.
You can read the rest of the piece via the below link: 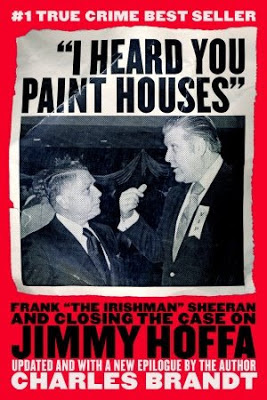 You can also read my Crime Beat column on I Heard You Paint Houses via the below link:

Note: The above photo shows Martin Scorsese and his actors from Goodfellas.
Posted by Paul Davis at 9:36 AM