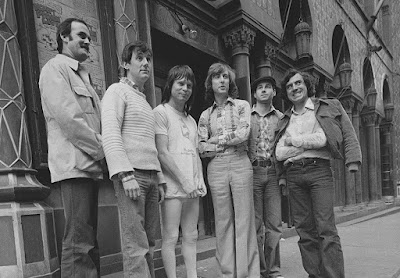 I'm a huge fan of Monty Python's TV series and their films, so I was pleased to revisit some of their great comedy sketches thanks to Keri Blakinger at the the New York Daily News.


We might never know the airspeed velocity of an unladen swallow, but 41 years after the British debut of "Monty Python and the Holy Grail," we do know that the men of British comedy troupe are masters of the absurd.
Though "The Holy Grail" is arguably their best-known film, before Graham Chapman, John Cleese, Terry Gilliam, Eric Idle, Terry Jones and Michael Palin starred in their bizarre comedic retelling of Arthurian legend, they made a name for themselves with a British TV show titled "Monty Python's Flying Circus."
Get your shrubberies in order and settle in for a look at some of the group's best sketches outside of the comedic gold that is "Holy Grail"
You can watch the sketches via the below link: